When toxic PFAS were identified in the surface waters which supply the island's drinking water, Guernsey Airport needed help to investigate possible sources of contamination.

PFAS can be bio-accumulative, so it was vital that concentrations were reduced to well below current UK drinking water criteria to help keep the people of Guernsey safe.

of water treated per second

Two seemingly unrelated things happened in the 1930s: Guernsey Airport celebrated its grand unveiling, and PFAS were invented. And while both were deemed a positive progression, PFAS have since proven otherwise. Poly and perfluoroalkyl substances (PFAS) - a group of chemicals first developed for use in textile coatings, non-stick cookware, electronics and firefighting foams - are now responsible for large-scale environmental contamination. When PFAS were identified in the surface waters which supply the island's drinking water reservoir, Guernsey Airport needed help to investigate the issue. Its grounds could potentially have been impacted from using firefighting foams during training and incident response, and immediate action was needed to protect Guernsey's drinking water supply.

It was important to establish whether the specific PFAS identified in Guernsey’s surface waters were indeed due to the airport using firefighting foams that contained the chemical. Arcadis was commissioned to investigate and assess soil, groundwater and surface waters and, fortunately, we have specific expertise in dealing with PFAS. It meant that we could implement interim emergency response measures, while designing and developing a bespoke water treatment system that would help to clean up supply. 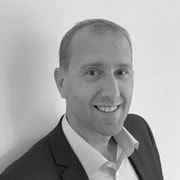 Protecting the people of Guernsey

Devising a pragmatic, successful and cost-effective way to manage and mitigate the impacts of this contamination was imperative. Understanding that PFAS are highly mobile in water, they do not biodegrade and some are bio-accumulative – which means they accumulate in living organisms, including humans – acted as a core motivator on the project. Sustainable hub in a historical setting