Vehicular Non-Exhaust Emissions: Challenges and Opportunities of the EV Revolution

Business must act as one in the race to net zero 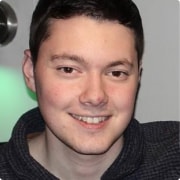 With the National Grid forecasting 11 million electric vehicles (EVs) on UK roads by 2030 (and over 30m by 2040), the transition to EVs is undoubtedly an important step in sustainable transportation and a key driver for reaching our decarbonization targets. The reductions in road transport exhaust emissions over the last decade, and in particular the increasing market in EVs, has bolstered use of the terminology ‘zero emission vehicle’.

But are they really zero emission?

At COP26, discussions involving the transportation sector were largely centered on tailpipe emissions – and rightly so – road transport accounts for 10% of global greenhouse gas emissions. But as we strive for net zero emissions, are we at risk of ‘carbon tunnel vision’ and the subsequent neglect of other important sources of air pollution that are degrading to public health?

Non-exhaust Vehicular Emissions – What are they?

According to the Air Quality Expert Group, an official committee of scientific advisers who provide independent advice on air pollutants to the UK government, PM emissions from brake wear, tyre wear and road surface wear collectively now exceed those from the exhaust of the UK vehicle fleet. While exhaust emissions have been subject to increasingly stringent standards worldwide, particulate pollution from non-exhaust sources remain almost entirely unregulated.

Exposure to PM not only poses serious health problems including a wide range of detrimental cardiovascular effects, but it also contaminates our waterways; it is estimated that tyre wear could be adding 5-10% to the global total of microplastics entering the oceans each year, before eventually ending up in our food chain. The lack of public policies that explicitly target NEEs is therefore concerning.

One of the main reasons why NEEs are largely unabated is because of a lack of robust evidence quantifying the relationships between vehicle characteristics and their impact on emissions. It is implied that a positive relationship exists between vehicle weight and NEEs, as frictional force is directly proportional to the weight of the car. This means that increasing the weight of a car would increase the frictional force, and therefore the rate of tyre, brake, and road wear.

All vehicles emit NEEs, irrespective of the drivetrain. However, while EV mandates are firmly in place in the UK as part of the ‘road to net zero emissions’, there are concerns that NEEs from EVs could exceed all PM emissions, including exhaust, from an internal combustion engine vehicle (ICEV), due to EVs currently weighing more than their conventional counterparts on average.

It is important to note that regenerative braking in EVs (i.e., switching the motor into reverse to counter the direction of the wheel rather than using frictional brakes) can reduce emissions from brake wear, however very little experimental research has been done to quantify the reduction. The Organization for Economic Co-operation and Development (OECD) state that estimates of the brake wear emissions reductions made possible by regenerative braking range from 25% to 100%.

However, based on the service times of brake pads on popular EV models including the Nissan Leaf, Tesla Model 3 and BMW-i3, it is estimated that their brake pads last roughly two thirds longer than on conventional vehicles. While this is a clear economic benefit, it also suggests EVs use their mechanical brakes to a much lesser extent than ICEVs, providing a good indication of the brake wear emission reductions that are made possible from regenerative braking. If high levels of brake wear emission reductions are assumed due to the presence of regenerative braking in EVs, then it is possible that extra PM emitted due to heavier EVs (relative to ICEVs) can be offset.

A recent study on this topic concluded that in an urban environment, when regenerative braking is not operational, an average EV can emit between 8-10% more total PM than an ICEV. However, when ‘realistic’ regenerative braking was assumed (using 10% frictional brakes), it was found that an EV could reduce total PM emissions by up to 24%.

EVs could potentially emit as much PM as ICEVs, even when exhaust emissions are accounted for due to their extra weight and associated increased NEE contribution. Vehicle light-weighting and effectiveness of regenerative braking is crucial to negate this.

Technological Change on the Horizon

There are several technological innovations being developed that have the potential to revolutionize the automotive landscape and make the EV-NEEs weight-debate superfluous. Solid State Batteries (SSBs), which replace the liquid electrolyte of lithium-ion batteries with a solid, conductive material, offer huge gains in energy density. Today’s EVs average around 200 miles on a single charge; SSBs would achieve 600+ miles with fast charging times. SSBs also require less space than lithium-ion batteries – the lighter the battery, the lighter the car, meaning less energy is needed to achieve the same range, so batteries can be even smaller. However, it is anticipated that full commercialization of SSBs will not occur for another five to ten years.

Scientists at the Chalmers University of Technology in Gothenburg and the KTH Royal Institute of Technology in Stockholm also believe that massless energy storage, whereby the car’s body acts as a battery, could reduce the weight of EVs by 50%. This involves replacing a conventional battery with an electrical storage battery technology that could be integrated into the car’s structural components and therefore add no additional weight to the car. Losing a conventional battery would shave around 460kg from the weight of the car and have a dramatic, favourable effect on range and performance.

It could also be argued that if provisions for charging infrastructure continue to increase, combined with the potential application of wireless charging for EVs, then there would be much less of a need for large batteries, easing ‘range anxiety’. This, I believe, would diversify the EV market; people would no longer feel they have little choice other than to buy an EV with enormous range. Rather, they could opt for a smaller, lighter (and probably cheaper) option that can competently fulfil daily needs, while emitting fewer NEEs.

Technological changes discussed have largely focused on mitigating NEE rates, but what if the problem could be addressed at source before the PM even becomes airborne? The Tyre Collective, recent winners of the Terra Carta Design Lab that encourages creative collaboration between art, science, design, and engineering, have developed a device that captures charged tyre particles. Positioned close to where the tyre meets the road, the device currently captures 60% of all airborne particles on a test rig. This creates a closed-loop system where particles collected can be reused in new tyres and other exciting applications.

Simple yet innovative technologies such as this will invariably generate greater interest as it becomes increasingly apparent that future vehicle pollution will not come from the tailpipe, but from non-exhaust sources.

EV innovation is a source of untapped potential compared to ICEVs. In light of the UK’s decision to ban new sales of ICEVs from 2030, it is unlikely that manufacturers will continue refining a technology that will soon be obsolete.

Based on the assumption that battery packs are currently the main source of extra weight for EVs, policies to reduce PM from road transport that explicitly favour vehicle light-weighting would be highly effective for addressing NEEs. To incentivize emission reductions by all relevant actors (e.g., manufactures and consumers), a coherent and interrelated policy approach is necessary. For instance, the OECD suggest further regulations on tyre composition could be aimed at manufacturers, while pricing instruments such as a weight-based vehicle charge in city centres could be directed towards consumers.

Vehicle light-weighting can concurrently decrease NEEs and improve the range of EVs, as less energy is needed to travel the same distance. However, an important caveat to this is whether efforts to increase EV range will be disproportionately prioritized over vehicle light-weighting. In which case, improved energy density may not have as much of an impact on reducing EV weight.

Therefore, it is possible that in the absence of targeted policies to reduce NEEs, consumer preferences for greater autonomy and larger vehicle size could neutralize any efforts to reduce PM emissions in future years with the uptake of heavier vehicles.

It is therefore incumbent on legislators to explore ways to tighten regulations around NEEs, or at the very least provide and disseminate information to the public that is not only centered around tailpipe emissions.

The good news is that modifying your driving style to better anticipate traffic movements, thereby resulting in fewer abrupt acceleration and braking events, can mitigate against NEEs – a challenge for us to practice in our daily lives.

At present, few policies target NEEs. A standardized measurement for NEEs would go a long way to bringing about more effective regulation for brake and tyre materials. EVs are an important part of meeting global goals on climate change. In addition, future innovation that could help to reduce EV kerb weight, coupled with the advantage of regenerative braking in EVs, can decrease harmful non-exhaust particulate pollution.

Alongside EVs, it is important that provisions for other sustainable transport modes including public transport, walking, and cycling are integrated into solutions if issues such as air pollution and traffic congestion are to be addressed holistically.

Accelerating the shift to electric travel at Motorway Service Areas

Arcadis at COP 26: Why it’s time for climate action in cities

Powering the change to zero-emission vehicles: 8 key factors for design and construction of charging infrastructure