Pushing soil up the agenda

How to be a truly sustainable city 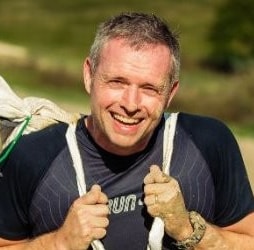 Ahead of the World Congress of Soil Science, Bruce Lascelles explains to us just why soil is such a crucial subject…


Why is soil important?

As Franklin D. Roosevelt said in 1937, “the nation that destroys its soil destroys itself”. The quote has become a powerful reminder around the importance of soil. Yet despite the fact such a prominent figure made this statement so long ago, soil’s importance has been overlooked. Soil is not just an inert material that isn’t affected by our activities, it is a living, breathing, functioning ecosystem in its own right. A teaspoon of healthy soil holds more living organisms than there are people on planet earth. This life and the structure and make up of soil are a critical part of our life support system. Let that put things into perspective.

To be clear, the health of the soil directly impacts our own health. Just thinking of food production, the quantity but also the quality of our food is affected by the health of our soils. It is essential that both UK and international policymakers work with researchers and practitioners to implement strong and effective policies, which have soil health at their core.

Soils underpin all aspects of the UN Sustainability Goals. Soils support food and farming, with 95% of the food we eat coming from soil, and soils are critical to habitats (and the health and wellbeing benefits we get from our green spaces), biodiversity (both above and below ground) and flood risk mitigation. Healthy soils which are managed sustainably can have a positive impact on mitigating the impacts of climate change and pollution, whilst feeding an expanding population.

Why is discussion around soil gaining momentum now?

Historically, soil has sometimes been considered the ‘Cinderella science’, because of the small amount of prominence it is has been granted. We have strong legislation around biodiversity, water and air quality, but not for land and soil. There was a move towards a Soil Framework Directive 15 years ago but that was dropped, with many feeling that as land is privately owned, there was caution around anything that told landowners how to manage their land. But this mentality must change.

We are now at the tipping point, with the climate and biodiversity crisis driving change and conversations across societies worldwide. We need to ensure soil is at the top of political agendas globally.

There’s a slowly growing momentum, but we have a long way to go, and events such as the World Congress of Soil Science being held in Glasgow later this month will help to highlight this crucial topic.

What do you want to gain from the World Congress of Soil Science?

The event is a wonderful opportunity which occurs every four years to bring together soil scientists, policy makers and all those with an interest in or who rely on soils to really highlight the importance of soil.

It would be a real milestone if the UK were to follow in the footsteps of Australia where a National Advocate for Soil Health has recently been appointed. In February, the British Society of Soil Science wrote to the Rt Hon George Eustice, Secretary of State for Environment, Food and Rural Affairs, calling for a National Advocate for Soil Health to be introduced in the UK. The letter suggested that the UK follow the Australian government’s lead and that the role would actively advocate across government departments, and externally, for soil health. We need a strong voice so people will sit up and listen.

My hope also is that the Congress further ignites the interest of early career researchers, as it’s very important that there’s a strong community of people in the future to collectively tackle the issues at hand.

What is Arcadis doing in this space?

We have a fantastic wealth of skills across our business aligned to finding solutions for our clients in relation to the climate and biodiversity crisis, covering for example Net Zero master planning, soils, carbon accounting and biodiversity, and we ensure that we always look at the bigger picture through our sustainability advisory offering. Solutions to the global issues need these skilled and experienced teams across multiple disciplines to come together to develop holistic and sustainable solutions for our clients.

Clients are starting to come to us in relation to what carbon is in the landscape, how to measure it and to understand how much is there. Our multidisciplinary and advisory team can look at these questions, layering multiple benefits across a project to ultimately benefit the health and wellbeing of communities.

Arcadis report shows hydrogen will imminently be cheaper than diesel

Innovative solutions to restore our environment