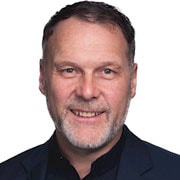 Australian cities must move swiftly to catch up on sustainability, according to 2022 Arcadis Sustainable Cities Index

In the 5th edition of the Arcadis Sustainable Cities Index, three of Australia’s major cities were included in the Index’s comprehensive analysis of urban sustainability and how it can improve our quality of life.

Melbourne, Sydney and Brisbane were ranked amongst 100 of the world’s cities on the three pillars of sustainability as measured by the 2022 Index: planet, people, and profit.

Sydney is the highest-placed Australian city in the index, and the only one to break the top third of the rankings at 33. Melbourne comes in at 60, and Brisbane at 64.

Our analysis demonstrates an urgent need to improve sustainability outcomes in urban policy and planning in Australia. While other cities around the world are taking great strides to transform themselves into hubs of sustainable prosperity, our cities are stumbling on the global stage.

The path forward is clear: Australia must move swiftly to take action on net-zero cities and unlock greater sustainability for greater prosperity.

Let’s take a closer look at why each of our cities landed on their respective rankings.

Sydney: time to stop trading on image and start trading on sustainability

Sydney’s rank of 33 in the SCI largely came down to a particular strength in the People pillar and its appeal as a business destination. However, the city has a particularly urgent need for improvement around EV infrastructure, on which it is amongst the lowest-ranked cities in the world. Compared with its cousins across the pond in New Zealand, Sydney also has a low share of renewable energy – a missed opportunity given the city’s abundant sunlight.

Melbourne: above par for business and education, below it on income inequality and distributed transport

Melbourne scored relatively highly on the Profit pillar, but fell on the People pillar. Income inequality was a clear weakness, alongside social sustainability factors including cost of broadband and quality of free accessible WiFi, paternity leave policies and affordable housing.

Sustainable transport is a clear strength in Melbourne, comparable with London and New York; however, distributed transport options are holding it back, from bike paths, share bikes and scooters  to EV infrastructure and policy incentives.

Brisbane: the lowest carbon emissions per capita in Australia, but lagging on green transport

Brisbane outperformed Sydney and Melbourne on carbon emissions per capita, placing it as the tenth best city in the world by this metric alone. It also has good access to open spaces and green areas in the city.

On the other hand, the sustainability of Brisbane’s transport infrastructure is the lowest in Australia, towards the bottom of the overall rankings, alongside relatively low renewable energy usage.

A lesson from the top of the Index

The top-performing cities in the Index – including Oslo, Stockholm, Copenhagen, Berlin, London – share a pattern: they all reinvest their profits into social and environmental outcomes. For example, Oslo’s top spot was partly shaped by public access to green spaces in the city, low air pollution and energy use. London’s strength in EV registrations, public health infrastructure and access to Wi-Fi influenced its high ranking in the Index. All the top-ten cities have poured significant funds into finding innovative solutions to complex problems, ultimately protecting the planet and people, as well as profit.

It has become clear that net zero is an essential and fundamental benchmark that all Australian cities must reach, building assets that will allow our cities to thrive in harmony with nature and support their citizens.

While the path to decarbonisation is not easy, it is clear, and ultimately achievable. We have outlined five key areas that all global cities should focus on to achieve net zero:


Greater dedication to these focus areas will help transform Australia’s urban sustainability and greatly improve our quality of life – but it will take swift and decisive action, and ongoing efforts to keep evolving to match rising sustainability benchmarks, to build a more sustainable future for Australia’s cities.

Arcadis report shows hydrogen will imminently be cheaper than diesel

Sustainability is more than a bolt-on: why integration must start in the planning stage